Meet our distinguished panel of Jurors for the first

Celebrating the Role of Design in Strengthening Neighborhood Business 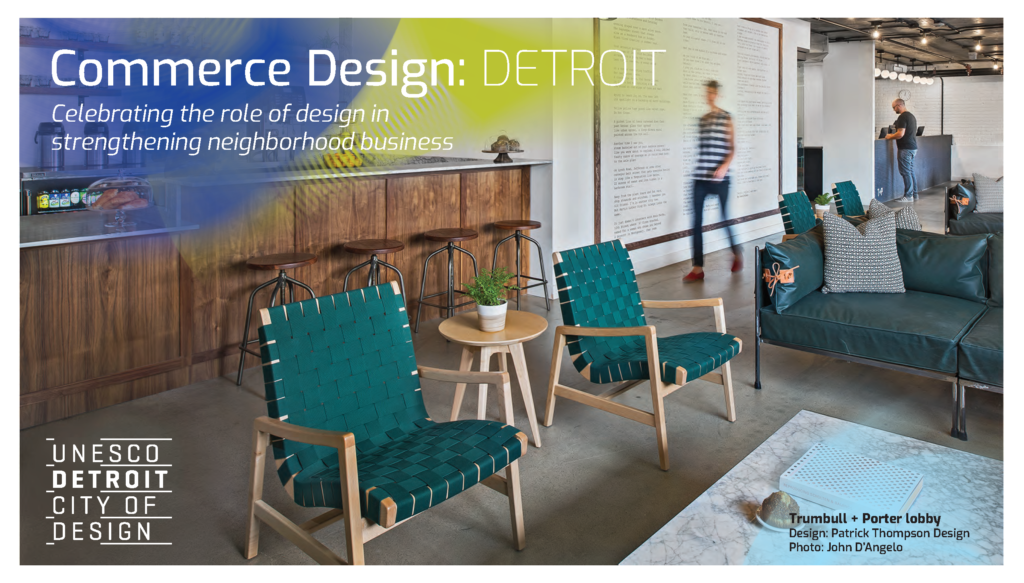 Commerce Design: Detroit is a competition aimed at raising awareness of, and access to, professional design services for neighborhood small businesses, and to celebrate the impact of commercial design projects on the communities in which these businesses reside. The competition will recognize projects, submitted jointly by the business owner and design team, that have been completed within the City of Detroit, including Highland Park and Hamtramck, in the last 5 years.
END_OF_DOCUMENT_TOKEN_TO_BE_REPLACED

This article was originally published on aia.org, authored by Michael Heinsdorf. You can view the original article here.

As data privacy concerns make headlines, architects should consider how much they share when specifying products
Building products have always made up a significant portion of construction project budgets, and the specification of those materials takes up a large amount of architects’ time. But while product selection was once generic and took place in a closed environment, today it happens in increasingly transparent ways, such as via the internet or BIM. Information gleaned from this process is very valuable to the construction ecosystem. As an architect, do you know who is collecting and using your data? END_OF_DOCUMENT_TOKEN_TO_BE_REPLACED

May 2018 President’s Letter: Making an Impact Through Neighborhood Outreach

“The greatness of a community is most accurately measured by the compassionate actions of its members.”
~Coretta Scott King

Compassion is no stranger to Detroit. In fact, it is the actions of compassionate individuals that have not only sustained its people through tough times, but fortified Detroit in the international community as a UNESCO City of Design in 2015.

This month, AIA Detroit celebrates those efforts, and recognizes the people whose creative works are having a positive impact throughout Detroit’s neighborhoods. From policy makers and city officials, community stakeholders and residents, to local architects and designers, May is filled with opportunities to dive deep into the endeavors that look to shape our communities for the better. END_OF_DOCUMENT_TOKEN_TO_BE_REPLACED

New Rules for Architects from The Bureau of Professional Licensing

The Bureau of Professional Licensing (BPL) within the Department of Licensing and Regulatory Affairs (LARA) would like to inform you that the Administrative Rules for Architects were promulgated effective May 4, 2018.

Below is a summary of the significant changes to the rules: END_OF_DOCUMENT_TOKEN_TO_BE_REPLACED

Dearborn, Mich. – April 30, 2018 – Ghafari Associates, Engineering News-Record Midwest’s “2017 Design Firm of the Year,” is proud to announce that it has acquired Concept Design Group, an award-winning architectural and interior design firm based in Grand Rapids, Michigan.