Senior Architects Based in Detroit, D.C., and Baltimore

Quinn Evans Architects, one of the nation’s leading architectural firms specializing in planning, design, and historic preservation, has announced the promotion of four senior architects to principal. The new principals reflect the firm’s diverse expertise in the design of museums, theaters, and cultural buildings; libraries; schools and higher education facilities; and urban revitalization initiatives.

“Our four new principals reflect the high caliber of seasoned, diverse leadership that has become the standard at Quinn Evans Architects,” said Larry Barr, FAIA, president of the firm. “These architects have consistently championed resourceful design strategies that help to transform buildings and reinvigorate communities.” 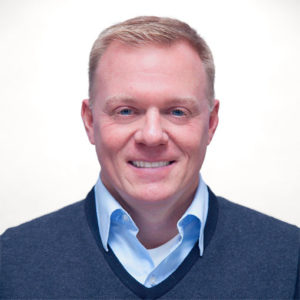 In the Detroit office, Richard Hess has been promoted from senior associate to principal. With more than 20 years of experience, Hess has played a key role in several major revitalization projects in Detroit, including preservation initiatives at Michigan Central Station, the redevelopment of the historic Brewster Wheeler Recreation Center, the adaptive use of the former B. Siegel department store into the mixed-use 7.Liv, the new Woodward Willis mixed-use development in Midtown, and the restoration of the McGregor Memorial Pool and Sculpture Garden at Wayne State University. Elsewhere in Michigan, Hess is working with the City of Dexter on its downtown redevelopment initiatives.

When our members are involved in the community, great things begin to happen.

Many of the most inspiring stories to come out of Metro Detroit involve volunteers and their tireless efforts.  Volunteering can be both an extremely rewarding experience as well as a chance to get out of the office and try something new.  We here at AIA Detroit are fortunate to have within our membership many firms and architects who believe in wielding the powerful tool of design to give back to the local community.

Perhaps you have planted trees, built tiny homes, or lent your skills in constructing a habitat for those in need.

Maybe you have volunteered your time directly through AIA Detroit and our network: whether you have contributed to the revival of a street corner, lent your afternoons introducing architecture into the world of Detroit students, partaken in NOMA Detroit’s Project Pipeline, labored with us during the annual neighborhood-wide undertaking by Life Remodeled, or spent countless hours chairing or working for one of AIA Detroit’s numerous committees or programs, we salute you.

No effort is too small, and your donated time will never go unnoticed.  As architects, you have the vision to change the future, and your involvement in such community efforts is guaranteed to leave a positive, lasting impact on the way we approach equity and diversity in design.