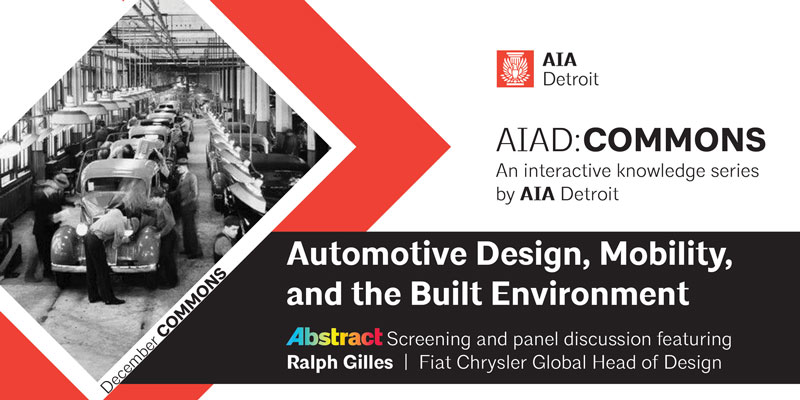 The December installment of our AIAD:COMMONS monthly program will feature the fifth episode of the Netflix-produced “ABSTRACT: The Art of Design” series, focused on Automotive Design, and viewed through the lens of a case study on Fiat Chrysler Global Head of Design and CCS graduate, Ralph Gilles.

DISCUSSION TOPIC
Following the screening, a panel of experts representing a range of design disciplines, including Mr. Gilles himself, will explore the deeply interrelated frontiers we’re currently approaching in the areas of mobility and automation, placemaking, the future of work, and more. The technologies and innovations taking root in the mobility sector now will inevitably make their way into the world of architecture and the built environment before long—these advances are reshaping our very lifestyles, so both ‘places-that-move’ and ‘places-that-stand-still’ will have to adapt. The ultimate hope for this interdisciplinary cross-fertilization would be to help individual design practitioners, regardless of their discipline of choice, to inform a more intelligent future for our urban environments.

Join us in the conversation as we weave through concepts of design at many scales and scopes, from product and industrial design, through automotive design, interior design, landscape design, architecture, and urban planning, and seek out the parallels and interdependancies from which we can inform a more intelligent future for our urban environments. 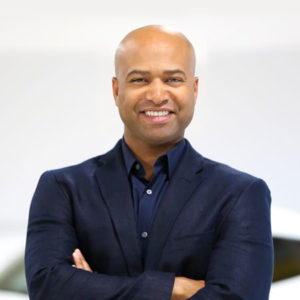 Ralph Gilles | Head of Design, FCA North America
Ralph Gilles was named Head of Design in April 2015 and is responsible for shaping and directing design across the Company’s entire brand portfolio. He was also appointed to the Group Executive Council for Fiat Chrysler Automobiles N.V. during the same time period.

He is extremely active inside and outside the Company. He serves as the executive sponsor of the Fiat Chrysler African American Network (FCAAN) in addition to playing a supporting role with The Chrysler Global Diversity Council. He also serves on the board of the Michigan Design Council. At his alma mater, The College for Creative Studies (CCS) in Detroit, Gilles is a member of the CCS Board of Trustees and the CCS Capital Committee.

An avid car enthusiast who enjoys spending time at the track, go-karting and watching Formula 1 auto racing, Gilles has participated in the Targa Newfoundland Rally, the Car and Driver One Lap of America and the SRT Viper Cup Series. In addition, he has frequently served as a judge at various Concours d’Elegance events across the country including Pebble Beach, the Inn at St. John and Cranbrook, along with the EyesOn Design car show.

Since first joining the Company in 1992 as a designer, Gilles has put his extensive academic background in industrial design and business administration to use, holding various positions within the Company, including:

Gilles holds a Master of Business Administration from Michigan State University (2002) and a Bachelor of Fine Arts in Industrial Design from the College for Creative Studies in Detroi(1992). 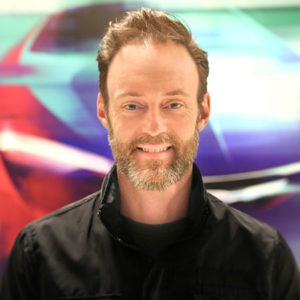 Previously, he held the position of Head of Chrysler Design since 2009. In this position, Faurote was responsible for all design activities for Chrysler brand vehicles.

Since joining the company in 1993 as a designer, Faurote has held a variety of increasingly responsible positions in the Product Design Office, including:

Faurote holds a Bachelor of Fine Arts degree from the College for Creative Studies in Detroit. 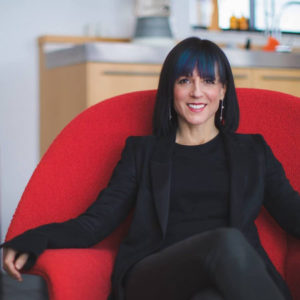 Kelly Slank | Associate Professor, Department of Interior Design, College for Creative Studies
Associate Professor Kelly Slank has over 20 years of trend forecasting, design and CMF experience across a range of industries that include, interiors, exhibit, automotive, footwear and apparel. She has worked for industry leaders such as General Motors, Ford Motor Company and Nike. Since 2013, Kelly’s consultancy firm, Slank Design has worked with companies like BASF and Harley-Davidson to develop and implement color, materials and finish strategies.

Kelly holds a Bachelor of Fine Arts in Interior Design from Wayne State University. She is a full-time professor in the Department of Interior Design at CCS. Additionally, she teaches in both the Fashion and Accessories Design and Color and Materials Design departments.

Kelly believes in leveraging the power and emotion of trend, color and materials to create thought-provoking design. 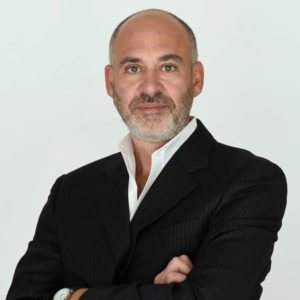 Prior to joining CCS in 2015 as the Paul and Helen Farago Chair of Transportation Design, Snyder worked at Honda Research and Development in California where he was Assistant Chief Designer, overseeing production and concept projects for the 2012 European Civic, 2015 Accord, and the 2018 Odyssey. 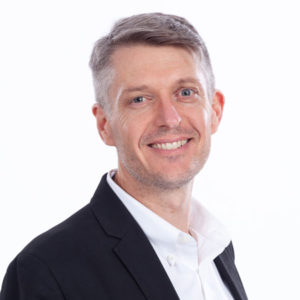 Dan Kinkead, AIA | Principal, SmithGroup
As a design architect and co-leader for SmithGroup’s national urban design practice, Dan brings nearly 20 years of experience in urban design, adaptive reuse, and mixed-use development. His work integrates intuitive creativity and analytical methods to yield transformative impacts for clients, stakeholders, and cities across the globe. From strategic plans, to the design and implementation of mixed-use, hospitality, adaptive reuse, and institutional projects, Dan works closely with his clients to ensure outcomes that are as enduring as they are beautiful. Dan has served as an advisory member for the U.S. State Department’s submission to the 2016 Venice Biennale, and was a chapter author for the book, Post-Industrial Cities: Lessons from North America and Europe, published by Carnegie Mellon and Routledge, UK (2016). 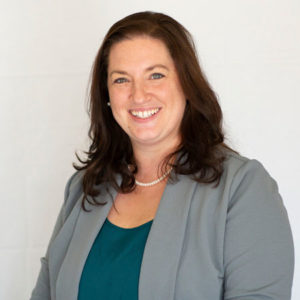 Angela Wyrembelski | Associate, Quinn Evans Architects
Angela Wyrembelski is an associate at Quinn Evans Architects. She received her Bachelors degree from the University of Michigan and her Masters in Architecture from Boston Architectural College. Angela’s professional and educational focus in architecture has been dedicated to the sustainability and preservation of the built environment. She appreciates the challenges and opportunities inherent in complex restoration and adaptive use initiatives, approaching these projects with a creative eye and discerning perspective. Angela has contributed to the renewal of iconic civic landmarks as well as commercial properties that have reinvigorated urban communities and spurred economic growth across the country, including Detroit, Buffalo and several east coast cities.