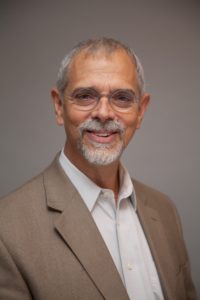 Carl Elefante, FAIA, FAPT, LEED AP, a principal with Quinn Evans Architects and a renowned leader in historic preservation practice, has announced his retirement effective September 2019. Elefante, who has been with Quinn Evans since 1996, will serve as principal emeritus and continue to consult on selected design initiatives, including the firm’s ongoing work to preserve and restore the Lincoln Memorial in Washington, D.C.

Elefante’s career has spanned 47 years, highlighted by numerous national awards and professional leadership roles. He served as the 94th president of the American Institute of Architects (AIA) in 2017-2018, and earned fellowship stature in both the AIA and the Association for Preservation Technology International (APTI). Earlier this year, Elefante received the Clem Labine Award from Traditional Building magazine in recognition of his pioneering work in applying sustainable design concepts to complex historic preservation projects and advocating for beauty in the public realm.

A founding member and former co-chair of APTI’s Technical Committee on Sustainable Preservation, Elefante led APTI to the forefront of the sustainable preservation movement. He was instrumental in the technical committee’s 2007 recognition with the National AIA Institute Honors Award for Collaboration. He also served on President Clinton’s Council on Sustainable Development, and as president of the Maryland chapter of the AIA, AIA Middle Atlantic Regional Director, and founding member of the National Capital Region Chapter of the U.S. Green Building Council.

Elefante’s distinctive portfolio reflects his stature within the profession. He served as lead designer on the award-winning modernization of the historic National Academy of Sciences facing the National Mall in Washington, D.C.; and led the renovation of the Benjamin Franklin Museum in Philadelphia and the development of a campus heritage plan for Virginia Commonwealth University in Richmond.

Projects also include the University of Michigan’s award-winning School of Natural Resources and Environment (in collaboration with William McDonough + Partners) in Ann Arbor, one of the nation’s first higher education building to achieve LEED® Gold certification; and American University’s School of International Service (also in collaboration with McDonough) in Washington, D.C. Elefante also oversaw the rehabilitation of the Sant Ocean Hall at the National Museum of Natural History in Washington, D.C., for the Smithsonian Institution and the restoration of the historic Peabody Conservatory at Johns Hopkins University in Baltimore.

“Carl was one of the first architects to champion the sustainable restoration and reuse of existing buildings,” says Larry Barr, FAIA, president of Quinn Evans Architects. “He not only challenged those of us at Quinn Evans to innovate with sustainable technology and practices, he took that advocacy to a national level. Carl coined the phrase, ‘The greenest building is one that is already built,’ and he urged the profession to recognize cultural heritage preservation as integral to sustainable planning and development. His projects consistently reflected that commitment.”

Current projects include the modernization of the National Air and Space Museum and the renovation of the Lincoln Memorial in Washington, D.C.; renovation of the Old City Hall and Virginia Commonwealth University’s new STEM building in Richmond, Va.; the redevelopment of Baltimore Penn Station; upgrades to the Cincinnati Art Museum; and modernization of the historic Southeast Library in Minneapolis, Minn. Quinn Evans Architects has also recently been selected by Ford to design the restoration and adaptive use of the landmark Michigan Central Station in Detroit. Other projects in Detroit include the restoration of the historic Wurlitzer Building, renovation of 985 Michigan Avenue for the U.S. General Services Administration, and the adaptive reuse of the historic Brewster Wheeler Recreation Center. For more information, visit www.quinnevans.com.