We arrived at this distinct shape based on the structural, functional and programmatic relationships. The sleekness of the design is intended to minimize the dust storms that may come along. Our unique solution, located near the equator of Mars, starts out with the arrival of the space fairing module, whose exterior shell splits off as is lands (similar to the Curiosity Rover), leaving behind a prefabricated core. After landing upright on the Martian surface, the five-axis print arm with carrier expands from the top of the core while the scout bots start collecting indigenous material found in the Martian space. After the completion of excavation and expanding horizontally, the printer will print base foundation and footing. Immediately following the completion of the foundation, the print arm will transition vertically to begin printing a concrete shell. Secondary print nozzles will begin printing HDPE layers on either side of the concrete, effectively sandwiching the Martian concrete in the middle. A portion of the shell construction will give way to the equipment hatch, allowing for connection to future habitats. 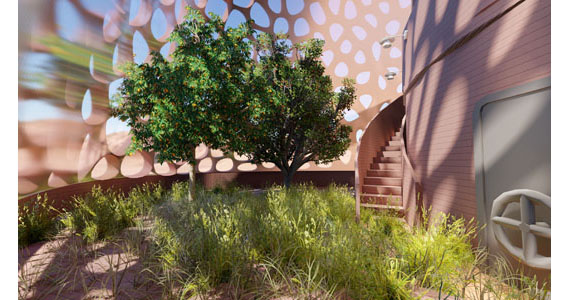 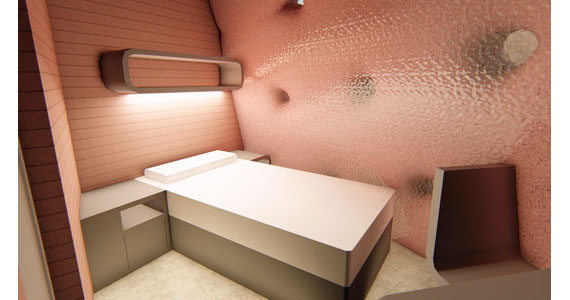 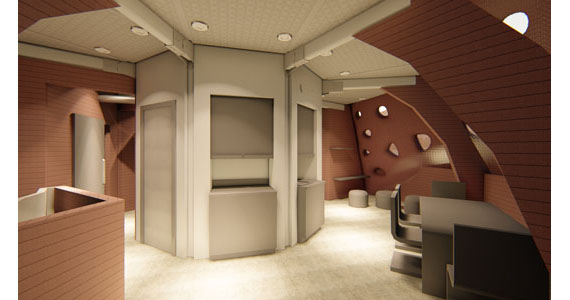 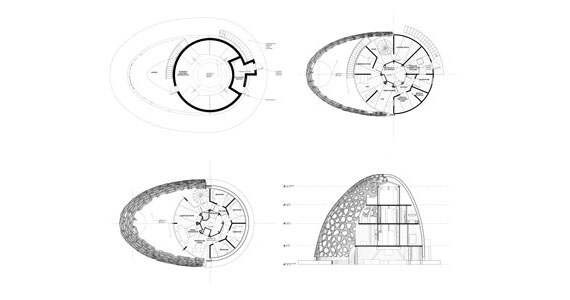