Detroit’s own Kid Rock collaborated with the architects on the design of his Arena restaurant and bar to reflect his personality and passion for his hometown. This destination draws fans, event-goers, and people from outside the arena while drawing energy to the emerging area known as The District Detroit. The architects drew on the singer’s wide ranging musical influences, combining urban, street, and country to create a local scene with southern influences. The centerpiece of the space is a wall designed to resemble the American flag with vintage speakers lining the red stripes, next to illuminated stars which acts as a backdrop to an intimate stage for local musical acts to perform. 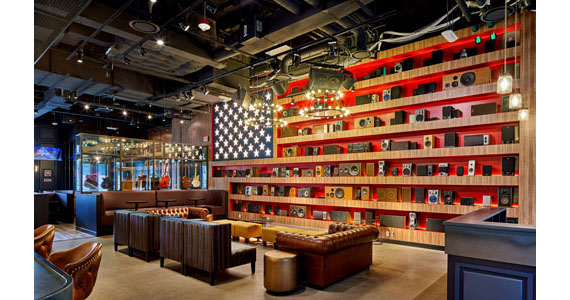 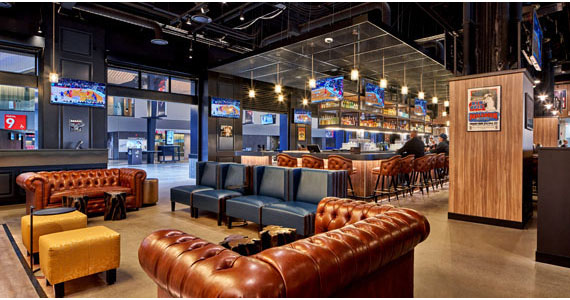 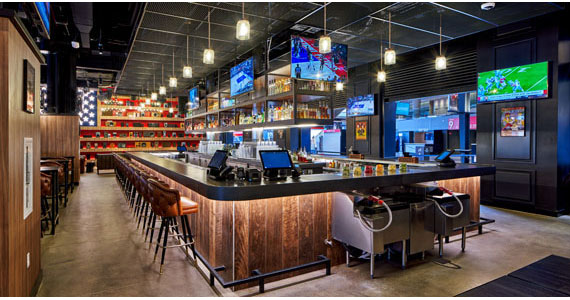 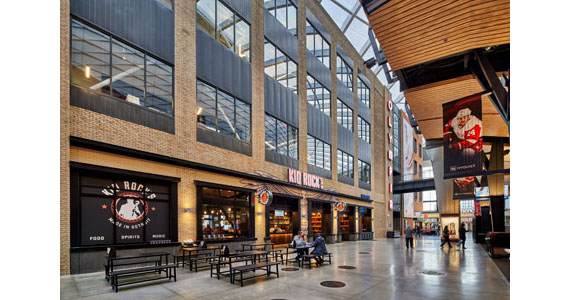