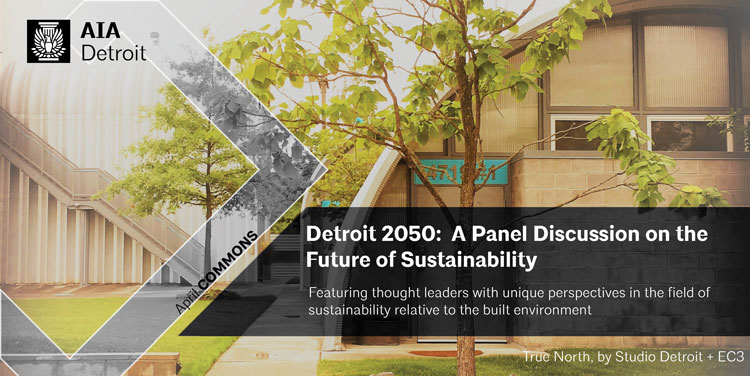 AIAD:COMMONS | Detroit 2050: A Panel Discussion on the Future of Sustainability

Detroit 2050: A Panel Discussion on the Future of Sustainability

A special Earth Week installment of our AIAD:COMMONS series will feature a panel of thought leaders with unique perspectives in the field of sustainability relative to the built environment.

DISCUSSION TOPIC
In less than a decade, the City of Detroit has seen rapid transformation of its inner core with renewed interest in public infrastructure and private investment. With a level of development not seen in nearly a century, Detroit is uniquely positioned to be a more sustainable and equitable city. And with the establishment of the Office of Sustainability in 2017, civic government is now playing a larger role in shaping what that future looks like.

This panel discussion will focus on both the current and future visions for sustainability in the City of Detroit. Looking many facets of design ranging from large scale infrastructure and development to block by block initiatives, how will the decisions we make now shape the future?